When we mention an acorn-fed 100% Iberian ham, we are talking about one of the 4 wonders of world gastronomy along with caviar, foie and truffles. Just like the other three, although they are products that can be used in cooking, they are best enjoyed by themselves, without affecting their qualities. Consequently, perhaps the best accompaniment, if we are talking about solid pairings, is simply toasted bread and bread sticks known as picos or colines. However, liquid pairings open up a wide range of possibilities, depending on your taste, but also on the ham and each part of it that we are going to eat.

The first thing we’d like to say is that there’s no accounting for taste! So, far from dictating a guide, we are simply going to give you some broad ideas on which wines pair best (combining so that neither product stands out too much, masking the other) with the different parts of the ham and with the unique characteristics of the piece that we are going to taste. These characteristics are going to depend greatly on the shape and the place the ham was produced. Let’s not forget that we are working with biological raw material that does not fit exact curing patterns. Consequently, we must accompany the ham with wine and not the wine with ham.

No two hams are alike

In all certainty, not even two hind legs from the same pig are exactly the same after the production process. This is perhaps one of the main features of ham. In the world of wine, it is easier to find bottles from the same grape harvest with a similar organoleptic profile. In general, Iberian hams from Salamanca and Cordoba taste sweeter. In turn, hams from Extremedura and Huelva usually have a stronger flavour. The Iberian hams that we make at La estrella del jamón, in the province of Teruel, lean more towards Salamanca hams and their sweetness, maybe because we share the same cold, dry climate.

In a ham, we not only see that each piece is unique but also within the same piece there are at least four different zones with different characteristics: the cushion, knuckle, tip and shank.

Let’s take it one part at a time

There are two types of pairings: by affinity or accompaniment or by contrast. Although ham has traditionally been associated with red wine, today we want to show you something different. Recently, a growing number of people have been recommending generous wines such as fino, amontillado, palo seco or cream sherries as the best way to accompany a good acorn-fed 100% Iberian ham.

The cushion is the widest part of the ham and has the greatest fat infiltration. With a juicy texture, its flavour is smooth and rather sweet. We would recommend a cream for this zone. This is a mixed wine, obtained from dry wines with sweetened oxidising ageing generally from Pedro Ximénez, that is the perfect accompaniment for the fragrances of nuts and grass from this area of the ham, and it is ideal for anyone who is not used to fino. If you are not a sherry fan, you can choose smoother wines, such as a young red or non-aged whites and rosés, as they will not overpower the ham, and will accompany all its nuances perfectly.

The knuckle is the part with the least quantity of fat, and it is usually the most cured. For these two reasons, this zone is going to seem the saltiest for us. Continuing with the sherries, the knuckle can be tasted with an amontillado, that will encourage salivation and make this drier area easier to chew. Our advice is to avoid wines with an acid touch, as they will strengthen the salty flavour of this cut.

Regarding the tip, very tasty and concentrating the highest quantity of fat, we recommend trying it with an old amontillado or a palo cortado. The dryness that these wines bring to the mouth help to clean the feeling of fat on the palate without masking the intense flavour of the tip.

The shank, the most fibrous part, usually eaten in small chunks in many areas, goes wonderfully with the aromas of a good fino or manzanilla served icy cold.

For a contrast pairing there’s nothing better than a good cava. Served very cold, the bubbles produced by carbonation provide a pleasant feeling, cleaning the mouth and demonstrating all cava’s nuances, that touch of acidity with fruity or floral notes, then retreating to make room on our palate for the ham. It’s a real sensory experience. 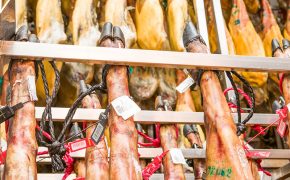 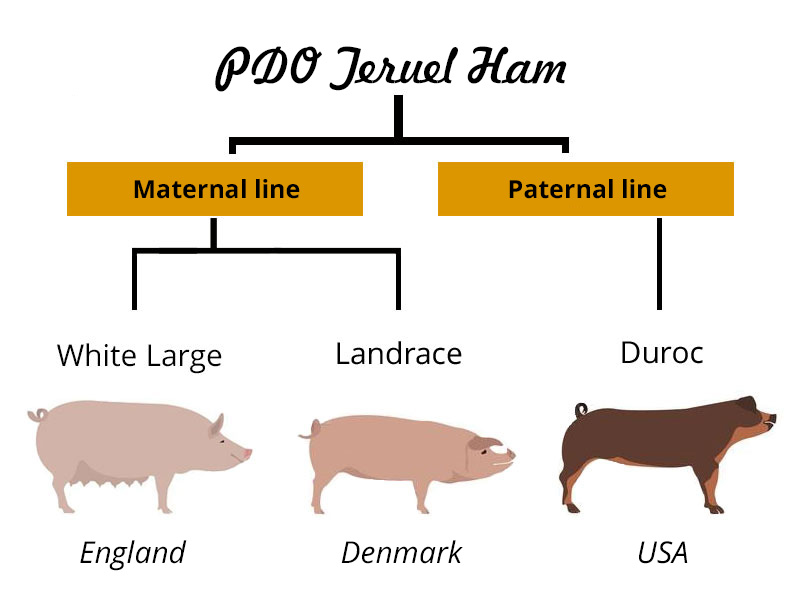 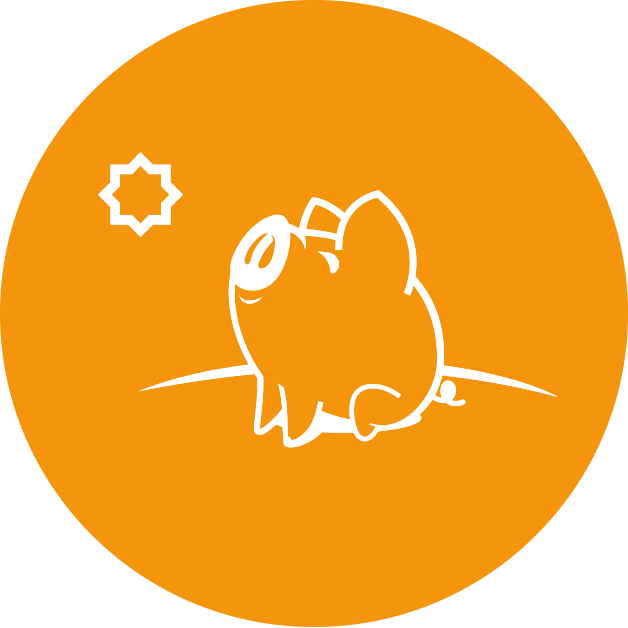